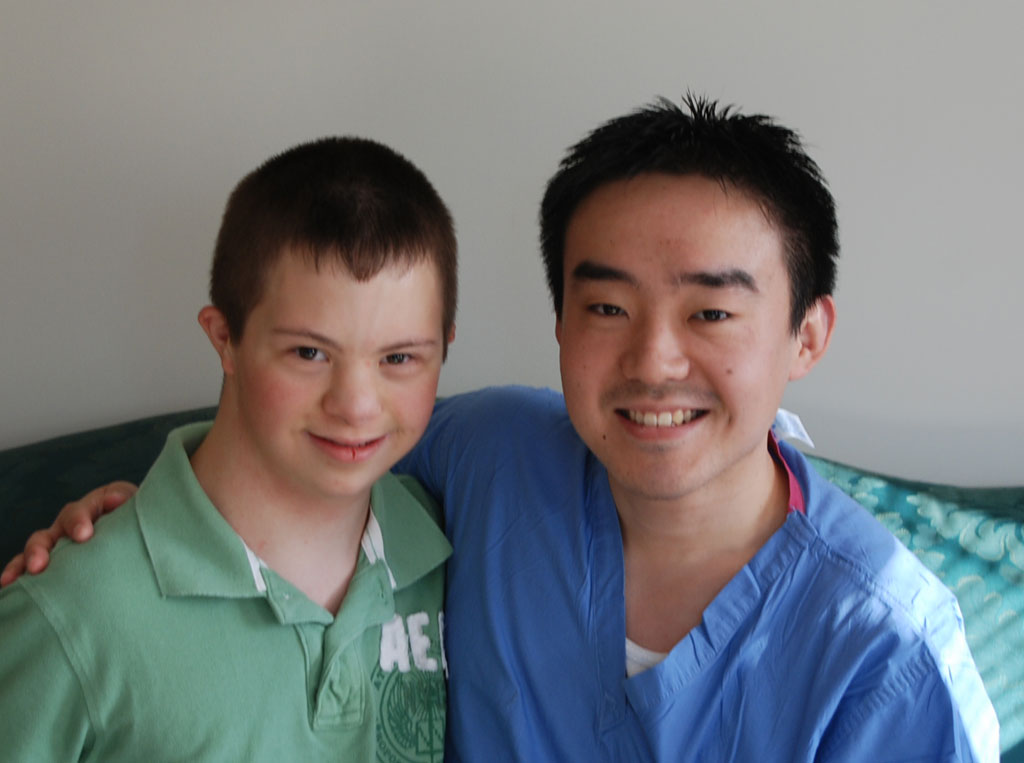 Produced by The Autism Alliance of MetroWest, Inc. A training video for emergency responders. Some of the language in this video is outdated, but the parent-child interviews make watching it very worthwhile. They give a look at persons with a range of autism spectrum conditions.

Adapting to the Possibilities of Life

Produced by SmallWorldSpecialNeeds, these parents tell about their experience.  Many interviews include children who are present. Important information for practitioners and families is provided at the end of the films.

This 7 min news report from CBS describes the powerful 2021 documentary “Crip Camp: A Disability Revolution”  (available on Netflix.)  Correspondent Rita Braver talks with Jim LeBrecht about the documentary footage, and with activist Judy Heumann about how the Camp Jened experience inspired her leadership in promoting the passage of the Americans with Disabilities Act.

Elliot has Trisomy 18, and his parents celebrated his arrival.  Supported by their faith and friends they tell their family story.

A World Without Down Syndrome

This documentary was produced by a mother who wished to explore perspectives in the new era of prenatal testing for Trisomy 21.  Pregnancy termination laws and restrictions differ in the USA.  (In the UK one can terminate a full term pregnancy if there is a substantial risk of mental or physical disability.)   Nevertheless the topics in this documentary are still relevant to our health care providers and families.  Note that in the USA the correct terminology is Down Syndrome.  In the UK it is Down’s Syndrome.

Research and Down Syndrome: the benefits.

9.36 min.   2017  C-SPAN
Frank Stephens, who has Down syndrome, speaks to a Congressional subcommittee in Washington during the Down Syndrome NIH Research Funding Appeals, February, 2017.  He describes specific benefits for our general community in funding research on Down syndrome.

Thumbs Down to Pity

2 min.    In 2008 Benjamin Snow, a teenager with cerebral palsy, created this commentary.

By federal law public schools must offer full inclusion for individuals if it is approved in the child’s education plan.  The three reports below are about a public school in Boston, MA, which offers ONLY a full inclusion model for all its students, with disability or without.   Proponents of the Henderson School model say that their educational method is less expensive per student and more successful with regard to educational testing outcomes for all their graduates, as measured for students with, or without, disabilities.

The full inclusion model was introduced when the school was just an elementary school.  It is currently a popular K-12 public school called The William Henderson School, in Boston, MA, with waiting lists for eager students, with or without disabilities.

Institutionalized since childhood, Kevin Fitzgerald was losing his sight and saw little more than shadows. He’s awaiting cataract surgery — a fairly simple procedure that generally takes 30 minutes in the OR. But for Kevin, with a fear of doctors and his unpredictable behavior related to his diagnosis of autism, the procedure isn’t simple at all. It’s not simple for his risk-taking surgeon either. His story raises the question: can this patient with disability get the same level of care as the rest of us?

“Life with Down Syndrome”

Here are two reports from the Boston Channel 5 series done on Down Syndrome in 2012.  In the first report Dr Brian Skotko discusses the “Earlier, Easier Down Syndrome Test” and reviews the accuracy, availability and ethical issues in this new blood testing available for diagnosing Down Syndrome in first weeks of a pregnancy:

In a second report in its series Channel 5 interviews Melanie McLaughlin who recounts her experience when learning about a prenatal diagnosis of Down Syndrome. Dr Skotko talks about supports post birth, including medical interventions:

The My Great Story Project: My Isaiah

4 min.  2013.
In 2013 The National Down Syndrome Society’s (NDSS) My Great Story Video Project featured 10 short videos based on stories submitted to the My Great Story public awareness campaign.  Filmed by Melanie Perkins McLaughlin,  the series aimed to ignite a new way of thinking about people with Down syndrome by sharing stories written by and about them.  This is one of the ten shorts.

2.28 min.   2014
This was created after a future mom wrote in to ask: What should I expect if my child has Down syndrome? The video postcard came out on World Down Syndrome Day, March 2014 and is a message from 15 young people around the world.